The Silver City Community Club started a traveling library in March 1921, in the office of a real estate insurance building. Fifty books were exchanged for new ones every ninety days.

In October of 1921 a group of the town's ladies organized a Woman's Club. This Club, by 1923, became the sponsor of the Circulating Library.

For the next 24 years the library and the city hall were together at the site where the gazebo now stands.

In 1983, with the deterioration of the building, the crowding of books, and the inadequate space to expand activities, the members of the board launched a community drive to secure funds to build a new building.

Through the efforts of citizens of the town and the surrounding area, fund raising (bake sales, ice cream socials, garage sales, and many individual projects) provided the finances to raze the old building and build a new 22 ft by 56 ft building in the spring of 1984. During the four months of construction the library functioned from the American Legion Building. An open house was held at the new building on January 26, 1985.

In the fall of 1984 the Library Board received a State of Iowa Community Betterment Award presented by Gov Terry Bransted, and in April of 1985 a $12,000 grant was received from the Kinney-Linstrom Foundation. Both of these funds provided the amenities, such as carpeting, bathroom, new shelving, a computer, etc. for the library.

Operating as a nonprofit entity, the library has a small budget. They host an annual Ice Cream Social in August to supplement the budget. They are also grateful to the community for their gracious gifts, and donations.

The Silver City Library is open to the public, offering a wide array of programming for children, teens, and adults. "Virtual story time" is on Saturdays, and they participate in the Libby app, offering free e-books and audiobooks to all resident card holders. 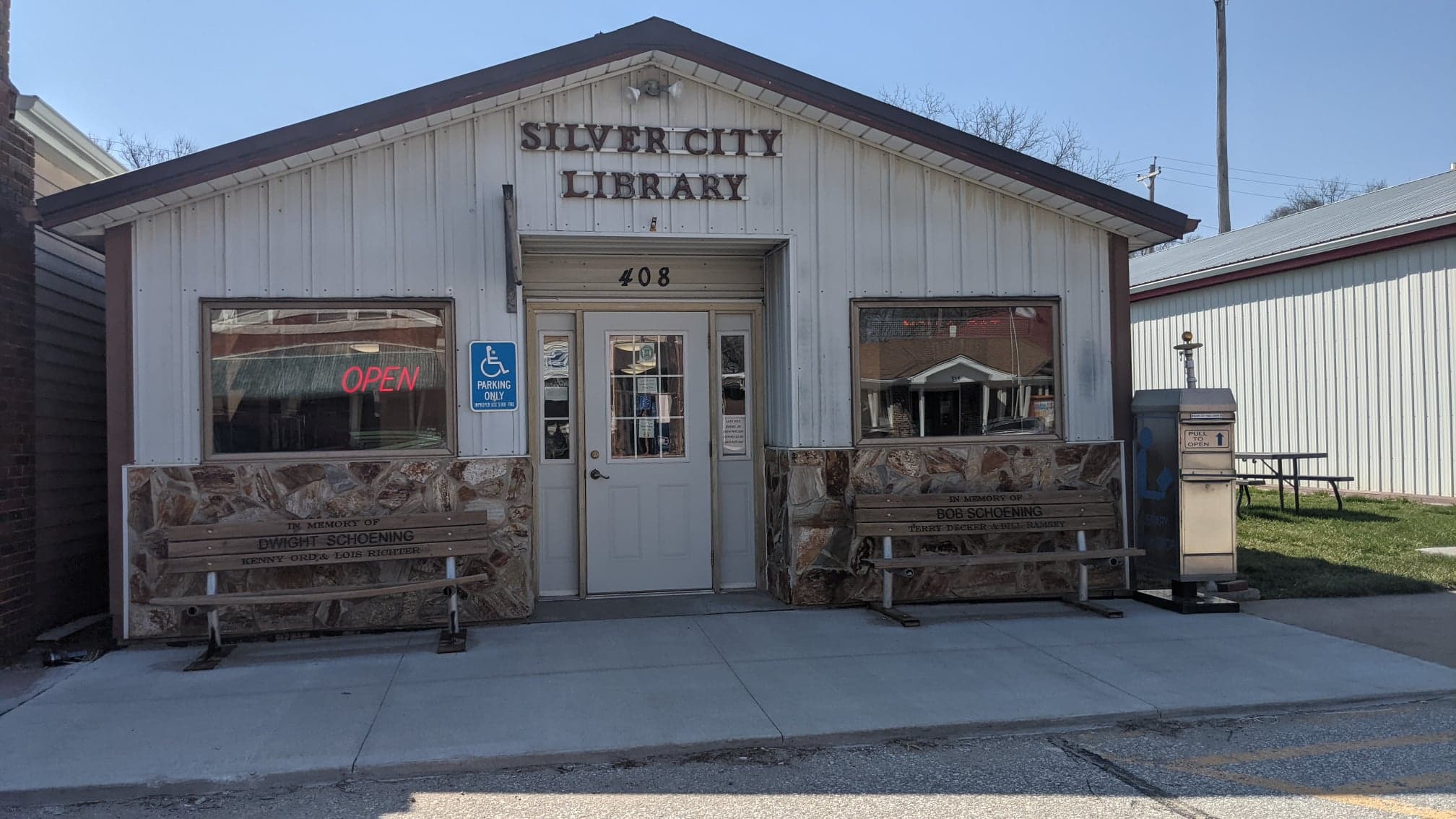